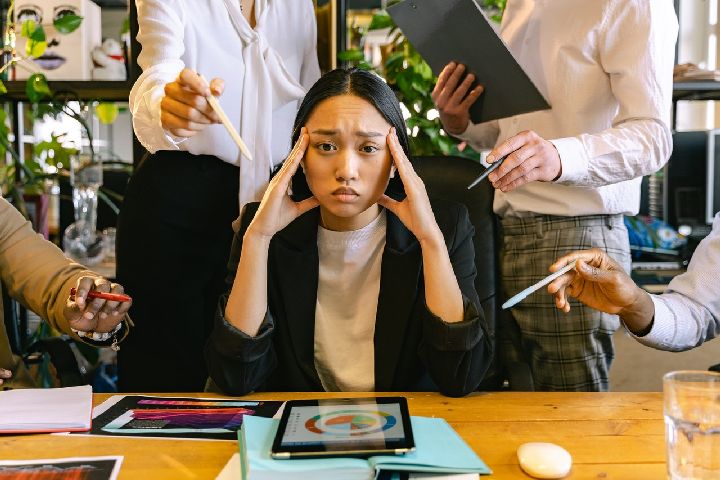 We are in a seasonal change right now.

But we are in an even stronger period of job changes - many people are changing careers, including leadership positions.

Becoming a first time manager in particular can be a big leap.

Maybe you've been waiting a long time for a promotion and finally got it. Maybe you are joining a new company that gives you the chance to be responsible for a team.

On the one hand, this makes you proud, but on the other hand, you still lack the confidence to lead others and to be able to fulfil the various expectations.

In conversations with young leaders, memories of my own first leadership role quickly come back to me. I had the privilege of being given personnel responsibility after only one year...and I was not prepared for it.

What would I have recommended to myself over 20 years later?

I think a few points are essential to get a good foothold in your first time manager role.

Understand why you got the job

Getting the first leadership job means having convinced with your own competences - but with which ones exactly? Our perception makes us think we know them exactly and can therefore easily answer this question. Unfortunately, it is usually distorted (read more about Unconscious Biases), which can lead to an incorrect assessment.

I have had very positive experiences with asking the question directly - to the people who decided. This allows not only to get the assessment of important competences by others, but also their expectations.

Especially in the first weeks, we are measured against these expectations, so it is an advantage to discuss them openly.

Different skills than in a specialist job

A promotion from a specialised role means on the one hand recognition of having done a good job. On the other hand, it means that the previous competencies alone will not lead to success in the leadership role - other skills are required. This also applies in the case of a change from another company to the new job - the same recipes for success as before will not be 100% effective.

It is important to realise this and also that there will usually be skills gaps. The behaviour as a leader has to be different than in the job before, this needs especially skills in the areas of communication, clarity of thinking and forward thinking.

We probably all know examples where a top specialist was promoted and the team fell apart shortly afterwards due to leadership deficits.

That is why it is important to take enough time for reflection, to work on yourself and to strengthen the necessary competences step by step.

The first test is coming soon. In new roles, challenging tasks usually come in within the first few days.  This is explained relatively simply - the company wants to see if the decision was right.

In the first leadership role, the reflex to immediately jump on these difficult issues and solve them quickly on your own (you want to deliver!) can be problematic.

The problem with this is that the team members are neglected. In my experience, however, they are the decisive element in determining whether one is successful as a leader. Especially in the start-up phase, it makes sense to invest time to get to know everyone, to clarify mutual expectations and to discuss initial projects and goals. If this is lacking, the presence of the leader is missing - dissatisfaction and a vacuum quickly develop. This is difficult to undo.

Therefore: a good balance is needed between focusing on the team and mastering the first tests well - ideally already with the help of the team.

The new role is unfamiliar, demands are high and there is uncertainty about how everyone in the team will deal with the new leader.

A reflex I know well from my first leadership role: when in doubt, do it yourself, check the results of the team members closely, give little information about the context of individual tasks. One's own insecurity makes itself felt in a very narrow style of leadership.

Trust does not develop in this way.

Leadership requires the courage to take a step back - this does not feel good in the first leadership role. However, it pays to trust in the team members, to let them find their own ways to the goal and to delegate as much as possible.

The first few weeks are important for building trust - this can only be achieved by the leader setting an example. This is the foundation on which great things can be built.

"You must not show any weakness, you must radiate self-confidence and fulfil the leadership role well".

Beliefs like these have existed for a long time and were often reinforced in leadership trainings. But - faking it doesn't work. We humans notice an imbalance between being and appearing usually in a fraction of a second; we then consider this to be inauthentic.

That's why it's okay not to do everything perfectly in your first leadership role. Asking questions, asking others for their opinions and asking for help when needed are points that do not stand in the way of a successful career - in fact, I would say the opposite is true!

Developing self-confidence is important, just playing it doesn't help - you have been given an exciting role because an organisation believes in your skills. This is an excellent basis that needs to be built on step by step and to find one's own way in leadership!

Becoming a leader is not an easy task - also because it is the first time you directly experience the "sandwich position": the role between often demanding bosses and your own team.

I recommend looking for an experienced person as a mentor or to use a coach for reflecting or creating options of behaviour - within the organisation or externally - especially for this phase of settling in and getting used to things. It helps to exchange views on the various challenges so that you can reflect on your experiences and behaviour.

Unfortunately, I didn't have a mentor at my side in my first leadership role, but I could have definitely used one!

Mind of business is there to support as well - read more about Business Coaching and Mentoring.