Reasons why many change attempts fail and a central bias 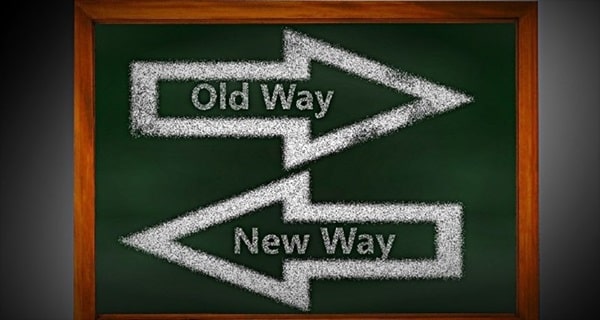 Change is the law of life, and those who look only to the past and present are certain to miss the future.”

Those wise words of John F. Kennedy are as relevant today as they were around 60 years ago.

The difference: today we live in a time where we experience a rate of change that was probably inconceivable in Kennedy’s times.

The consequences of the increased demand in managing change are:

You could expect decent success rates because of this professionalisation of change management and the significant spend.

Studies reveal that up to 80% of change initiatives do not deliver their targets!

Hold on for a moment – what does this mean? Up to 80% of money spent in change projects goes down the drain!

The return on investment is simply horrible.

What is the problem, what are barriers to effective change?

During my corporate career I had exciting jobs, responsibility over teams and the opportunity to lead or steer major projects – all of that involved change. There were many occasions to experience initiatives that worked and others that did not – however, in my first years I had no clear understanding why that happened.

Entering the world of unconscious biases in the mid of my corporate careers helped me to start understanding better. While initially focusing on decision making, it became clear to me rather soon that biases are a major factor in change as well.

Change is complex – it involves perception of new elements and judging them in order to finally decide if to go for them or not. Change usually is not done in isolation, other people are involved and there is intense interaction. Finally, implementation is key to create effects on practical behaviour that differs from the initial state.

The complexity of change initiatives means that all of them are touched, hence need to be considered. We will go deeper and address the most relevant biases in this field.

Change on the individual level

The classical example of ineffective change attempts are New Year’s resolutions. The picture is rather clear:

What the studies also show is intriguing: the awareness about the urgency for changes is clearly there in many cases, however the right approach and implementation is lacking.

When going deeper, we find a lot of biases that impact already on the individual level during the different stages of change.

Note: We will take the most central of them and go deeper, adding points from other relevant ones - for an introduction on biases take a look at De-Biasing or book an intro Webinar.

What is the central bias related to change?

It essentially makes us say “things should stay just as they are”. Hence, it means the preference to maintain the current way of being and doing (i.e. the status quo) in the absence of pressure to change.

Related to this is the “default-effect” which means that from different option that is preferred which does not need an active decision. Change needs incentives that are sufficient enough to trigger a movement away from the current status.

In simply language: if we don’t have to move, we rather don’t.

In the next article, we go further - we look at ourselves, what lies behind the status quo bias and what we can do to manage change successfully on an individual level.